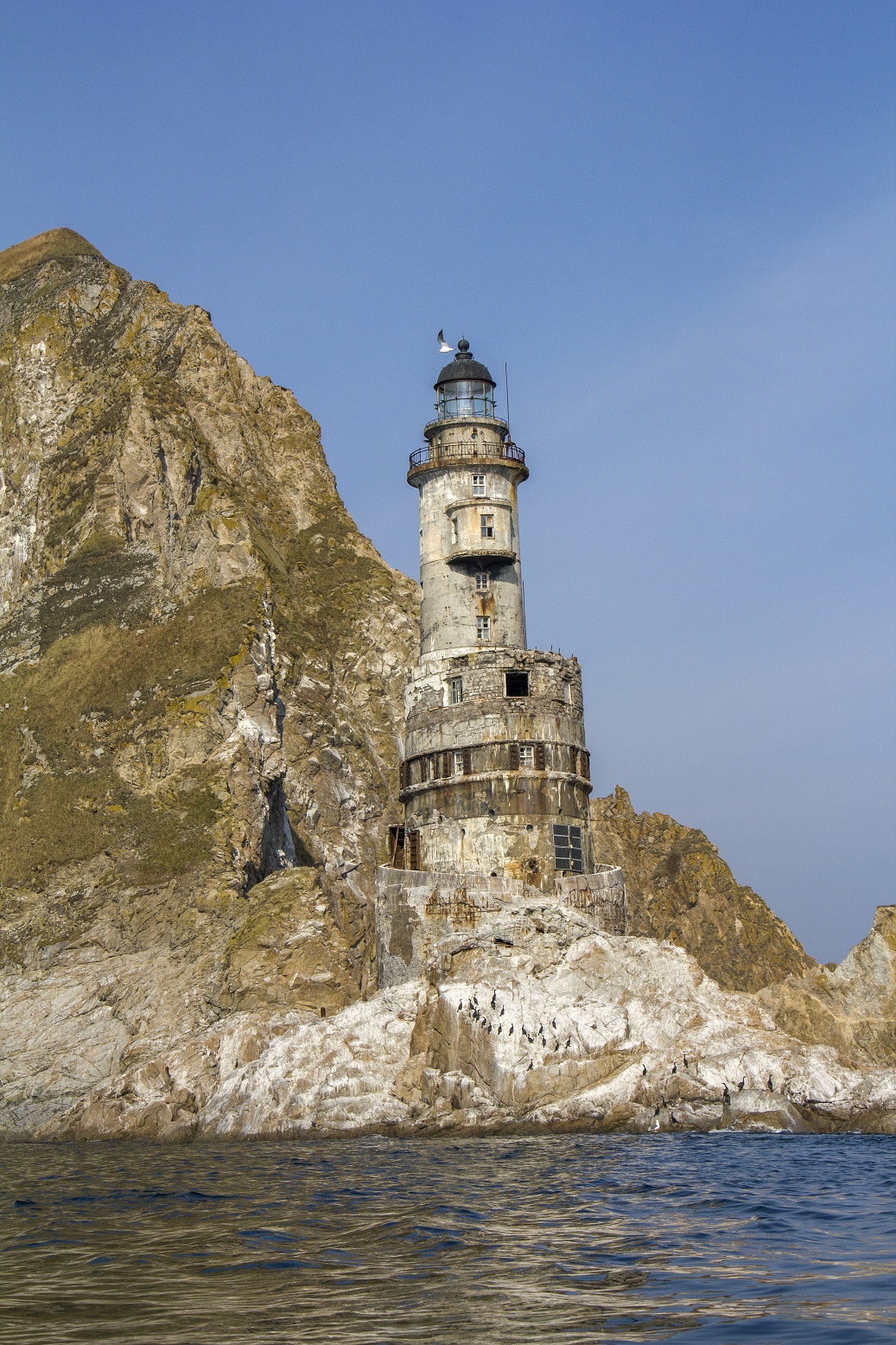 Visit Sakhalin – the wonderful place with amazing capes, quiet bays and mysterious lighthouses. Taste sea delicacies and conquer mountain peaks. Everybody would be able to accomplish a feat or make a discovery here.

The strong winds and sea waves created a whole composition of huge rocks at the East coast. Colonies of birds inhabit stone arcs and caverns. Velikan Cape, similar to bogatyr’s profile, and its neighbor Ptichiy Cape correspond a magnificent view and amazing quiet place for walks at the Okhotsk sea coastline.

The bay, which shores are covered with rare herbs and flowers, was named Tikhaya by famous seaman Ivan Fyodorovich Kruzenshtern. This is a rocky inaccessible island, inhabited primarily by loud sea gulls. Only their calls break a drowsy silence of this corner of paradise.

Devil’s bridge is a unique engineering project of complicated construction. It was built during Karafuto period by colonized Koreans. The bridge was used for the train route between Yuzhno-Sakhalinsk and Kholmsk. The train made a spiral through the 900-meter long tunnel and then went across the bridge, that was located 38 meters high above the ground.

This region would leave its mark on your soul forever. Book the tour to Sakhalin - get an opportunity to make marvellous discoveries!

The legend says that the place, where Vestochka settlement and Lyagushka butte are located now, used to be a Temple of Wisdom of ancient Ainu. They came here to communicate with spirits and stay alone with the nature. This place, even nowadays, attracts magicians and ufologists. Mysterious and unexplainable events, that tempt the minds of scientists and psychics, occur here.

Lighthouse at the far away Aniva Cape is the most inaccessible one at Sakhalin seaside. This stately structure, standing in its proud solitude, awakes the thoughts of the mysterious stories of Agatha Christie in tourists’ minds.

The lighthouse is located on a 9-meter high cliff with the unusual name Sivuch’ya.

The lighthouse tower looks so inaccessible and not fitting into the surrounding landscape, so you might think that this is a creation of nature itself. The sea here is mostly chopping, like the nature prevents everybody from reaching this place full of the mysteries of the past.

12:20 Arrival at parking space. Walk to the capes.

15:30 Return to bus. Departure to Yuzhno-Sakhalinsk

Return to hotel by youself